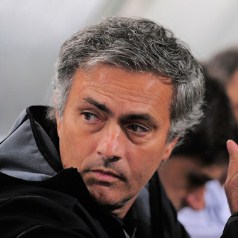 The Special One is one of the few to have out-performed Ferguson in the Premier League.

Mourinho is widely tipped to replace Ferguson, 69, when he retires.

But he added: “I really wish he stays in the job with the same happiness and ambition for many, many more years.”