Reports have emerged claiming that Chelsea boss Jose Mourinho wants Thibaut Courtois to be part of his squad next season. 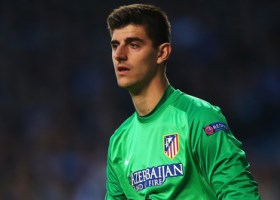 The Daily Star reported that Mourinho is planning to recall the Belgium international who has spent three seasons on loan at Atletico Madrid since joining Chelsea in 2011.

The Blues boss believes Courtois is now ready and will let him fight it out with Petr Cech for the No 1 shirt.

Chelsea have also been in contract talks with the 21 year-old although they have been shelved until the end of the season to focus on Atletico’s double bid.