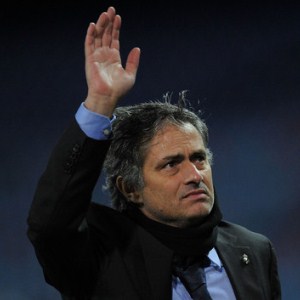 Real Madrid boss Jose Mourinho has been voted as the best coach in Italy for the 2009/10 season.

The Portuguese tactician was odds-on to win the best coach award for a second straight year despite quitting Inter for Real Madrid immediately after sealing May’s treble.

The former Chelsea coach, who cheekily revealed he had won during a Real news conference on Sunday, could not attend the glitzy show at a Milan theatre but sent a video message.

Mourinho said : “I’m sorry for not being there but (Wednesday’s) cup semi-final with Sevilla stopped me from coming,”.

“To receive the Oscar is great because for me to have respect is important…also from my opponents. Serie A is tough and I see that now I am away.”