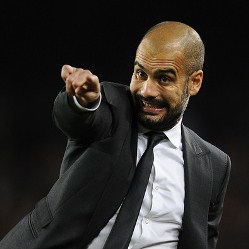 Sensational news are out and it has been reported that Barcelona coach Pep Guardiola rapped his players after their thumping win over Real Zaragoza.

Guardiola wasn’t upset over their performance, but that some players were eager to follow the game between Real Madrid and Valencia later in the evening.

“Forget Real Madrid, focus on us,” snapped Guardiola at his players, says Sport.

However, not everyone heeded his call, with Cesc Fabregas and Xavi spotted watching the game in the mixed zone after the 4-0 win. Real Madrid Send Kaka Back To Brazil For Treatment