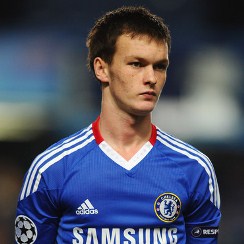 It has been revealed that Chelsea midfielder Josh McEachran is on the verge of joining Swansea City on loan.

The 18-year olds short-term deal to join the Welsh club will soon go through even though the Blues had delayed the move to see if they need him on the bench against Sunderland this weekend.

Swans boss Brendan Rodgers says the impending addition of McEachran will add plenty to his squad, especially after the acquired Gylfi Sigurdsson from Hoffenheim.

“I want that competition so that players have to perform if they want to stay in the team,” Rodgers said.

“If we get Josh, then the two we’ll have brought in will be adding something different to what we already have.

“Gylfi is a goalscoring midfield player, which is something we simply do not have — at least not on a regular basis anyway.

“And Josh will bring penetration and quality in the final third of the field. We do have that, but it’s always good to have more of it.

“It will be brilliant for our supporters to see a player with Josh’s poise and quality. He is going to be a star for sure, he just needs an opportunity.”