It has been reported that Juan Mata has told Manchester United fans there are better times ahead for them following the 1-0 home defeat to Southampton on Saturday. 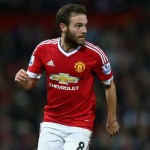 The Spanish international delivered the message to United fans in his blog on Monday, writing: “Football doesn’t stop and now it’s time for the FA Cup and we want to fight for this trophy for you.

“We feel bad every time we get a bad result, but it hurts even more for you. We must get better results for you.

“I thank you for your support in the bad times, and I assure you that our only goal is to do things much better to move up the table in the Premier League and try to lift the FA Cup.

“Thanks to all of you. I’m sure that better moments will come sooner or later, and we will enjoy them much more, aware of how tough it is to get there.”

Mata, who came on as a second-half substitute, added: “Once again I’m writing with a bad taste.

“After several games without being defeated, we lost 0-1 to Southampton in Old Trafford. And it hurts, it really does.

“It was the perfect time to get the three points and stretch the good streak in 2016, but we couldn’t make it.

“It wasn’t a good game from any of the teams, a draw would have been a fair result [although not good enough for us], but a late goal from Austin after a free-kick took the points away from us.

“It’s another tough moment, for you and for us, but we must get through this. I understand your frustration, because we feel the same way, but we have to carry on.”