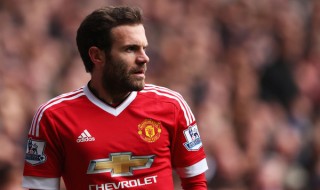 It has been revealed that Juan Mata is concerned about his future at Manchester United.

The Daily Mail claims that Mata’s advisers are set to seek assurances from Jose Mourinho to make sure he still has a role to play at Manchester United – just as they did two years ago at Chelsea.

The Spanish international star wants to stay at Old Trafford after winning the FA Cup but the arrival of Mourinho throws his future into doubt.

Mourinho supported the decision to sell Mata two years ago, despite him having twice been named Chelsea’s Player of the Year.