Manchester United midfielder Juan Mata is adamant that they will be title challengers next season.

The Spanish international struck in yesterday’s 1-1 draw at Southampton. 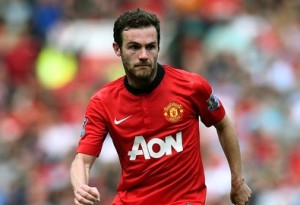 The former Chelsea star told MUTV : “Today, it was an important goal but not enough to win which is what I wanted,”.

“Personally, I’m quite happy because I’ve played a lot of games, I’ve scored six goals and gave five assists as well, so I’m happy with my job. But obviously I wanted to win more games, we lost games where we didn’t play very well, so I’m not happy with that.

“I’ll be pushing next season to score more goals, have more assists and try my best for the club. I’ll keep going and fight for the titles. I’m happy with these six months, but I’m looking forward to next season to have a whole year to see how I can perform and how we can be back even stronger.” Dimitar Berbatov Linked With A Move To West Ham United