Juan Mata has admitted that he is prepared to adjust to the tactics of Chelsea boss Jose Mourinho. 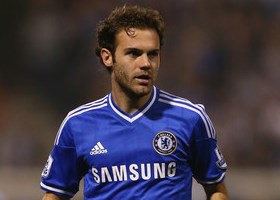 The 25-year-old Spanish international now says he is ­willing to adapt to any role he is asked to play.

He said: “I have been working hard and want to show everyone that I can play and that everything is OK.

“In my career I have played in three ­different positions. In the beginning I was a left-winger, then I played on the right and last season as a No.10.

“I feel comfortable playing in any ­offensive position – it is better if a player can play in lots of different positions rather than just one.”