It has been reported that Manchester United could announce the signing of Chelsea midfielder Juan Mata by the end of the day. 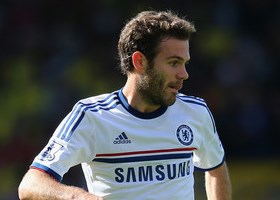 The Daily Star revealed that the Premier League champions will offer the Spanish international a four-and-a-half year deal worth around £150,000-a-week at Old Trafford.

The Chelsea playmaker could complete his £37m move as soon as today after he undergoes a medical.

Mata’s dad, also called Juan, jetted to England to finalise the deal that will see the 25-year-old get his wish and leave Stamford Bridge.