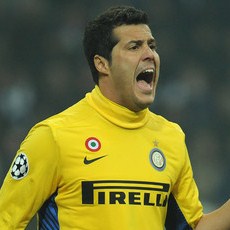 Reports have emerged that Inter Milan goalkeeper Julio Cesar has rejected a move to Besiktas.

It is said that the Turkish club came knocking for the Brazilian international goalkeeper on the weekend after a deal with Blackburn Rovers No1 Paul Robinson broke down.

However it is said that the 32 year old in not interested in a move to Turkey.