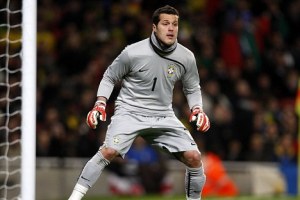 Inter Milan announced that his contract has been extended to June 30 2014 through their website last night.

A jubilant Julio Cesar declared that he now want to celebrate his new contract with many more victories with Inter Milan.

He also added that he is very happy and would like to thank President Massimo Moratti and the whole club for their support.

He went on to say that he have already won so much with Inter Milan, but said that the club’s strength is the way the team continue working to reach new objectives. Spurs Set To Sign Julio Cesar On A Free Transfer