Borussia Dortmund coach Jurgen Klopp has moved to ease the pressure on Robert Lewandowski ahead of tonight’s Champions League clash with Arsenal. 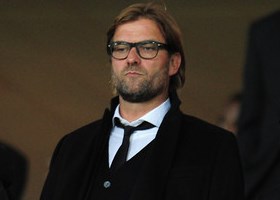 “This will be a great fight and there will be a lot of man-on-man tackles,” said Klopp.

“It will be tough for Lewandowski against Mertesacker and Koscielny. He will have to impose his game.”