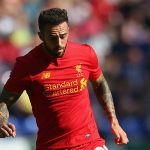 It has been revealed that Liverpool boss Jurgen Klopp is confident Danny Ings can make a big impact.

Sky Sports says Ings remains part of Klopp’s plans at Liverpool, despite not featuring yet this season.

The Liverpool manager reportedly told the club to reject any approaches for the injury-stricken striker.

And the Anfield hierarchy kept good on that promise despite a bid of as much as £20m.