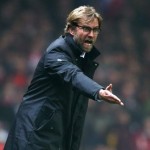 Reports are out claiming that Borussia Dortmund coach Jurgen Klopp wants a job with the Reds.

Klopp has announced he will leave BVB at the end of the season.

The Sun reported that he is prepared to snub offers from Manchester City and potentially Arsenal to secure a ‘dream’ move to Manchester United.

Sources says Klopp is a huge admirer of the Red Devils and ‘dreams’ of occupying the Old Trafford hot seat, but ‘Arsenal don’t have a chance.’

Klopp would be interested in a move to Liverpool, however with Brendan Rodgers at the helm – he will bide his time abroad until the offer comes available.