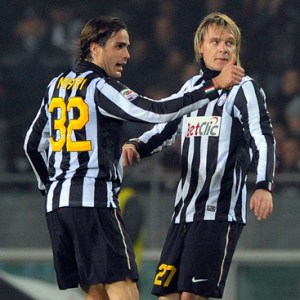 Internazionale suffered a blow to their fading title hopes with a 1-0 defeat at Juventus in the Derby d’Italia.

Alessandro Matri scored the only goal of the game, taking advantage of slack Inter marking to head home Frederic Sorensen’s cross in the 30th minute.

Samuel Eto’o should have salvaged a point late on but he inexplicably blazed his shot against the bar from three yards after Maicon picked him out with a low cross from the right.

Inter struggled to convert their possession into clear cut opportunities and now sit eight points behind Serie A leaders AC Milan, with a game in hand.