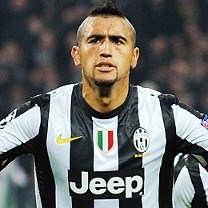 Roberto Di Matteo went from Champions League hero to zero as Chelsea crashed to a 3-0 defeat at Juventus and to the brink of an embarrassing exit from the competition.

Di Matteo’s biggest selection gamble since he took charge backfired as goals from Fabio Quagliarella, Arturo Vidal and Sebastian Giovinco left the Blues facing the prospect of becoming the first holders to depart the competition before Christmas.

Chelsea slumped to third place in Group E with one match remaining and must win against Nordsjaelland in two weeks’ time and hope Shakhtar Donetsk beat Juve, despite the Ukrainian side having qualified for the last 16 themselves tonight.

That would be the equal of any let-off the European champions enjoyed en route to last season’s astonishing Champions League triumph, which ultimately prevented owner Roman Abramovich dispensing with Di Matteo.

With Pep Guardiola supposedly waiting in the wings, Di Matteo could find himself on borrowed time barring another dramatic turnaround.

Maybe Di Matteo will be spending the upcoming days managing his time on football games if he loses his position as Chelsea manager. At least there are plenty of games at www.ladbrokes.com he can enjoy, like shoot and Soccer Safari. Or maybe roulette is his game of choice.

Arsenal and Chelsea to battle for Isaiah Brown