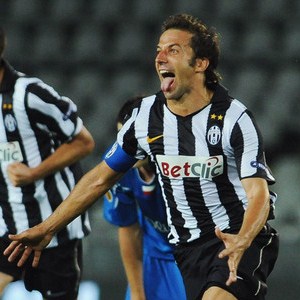 Italian giants Juventus were held to a dramatic 3-3 home draw by unheralded Polish side Lech Poznan.

Two goals from Artjoms Rudnevs (14, 30), the first of which came from the penalty spot, gave Lech a shock lead in Turin. However, Giorgio Chiellini struck either side of half-time and Juve’s all-time record goalscorer Alessandro Del Piero put the club in front.

But Rudnevs snatched a memorable hat-trick in the dying seconds to deal the Bianconeri an unexpected setback.