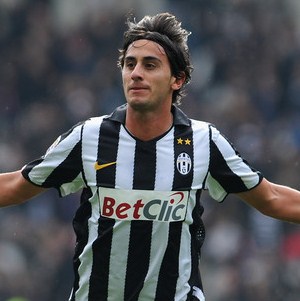 Juventus thrashed Lecce to move up to fifth in Serie A.

After Alberto Aquilani’s early opener, Felipe Melo got the second from the penalty spot and Fabio Quagliarella had them 3-0 up before half-time.

Alessandro Del Piero then capped a fine afternoon for the hosts as he came off the bench to get the fourth eight minutes from time.