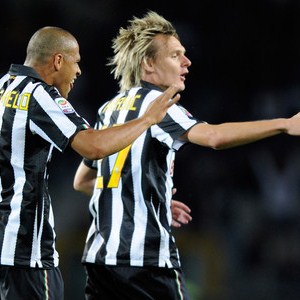 Juventus returned to winning ways, although clear deficiencies in defence took the shine off a polished attacking performance.

Milos Krasic was the hero for the Bianconeri with a hat-trick while Leonardo Bonucci was also on target for the hosts in this Serie A clash.

It was clear from the outset that Juve were desperate to bounce back from their defeat to Palermo in midweek.