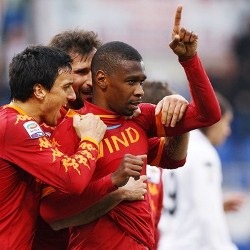 Interesting news are out and it has been revealed that Juventus are considering a controversial move for AS Roma defender Juan.

The veteran Brazilian centre back has spoken of leaving Roma this summer and flirted with the prospect of returning home.

Mediaset has reported that the Italian giants have been following his situation, where new coach Antonio Conte believes the 32 year-old would be the ideal defensive partner for Giorgio Chiellini.

A move between the two clubs would prove controversial, though Roma directors will not dismiss the prospect.

However, any deal will hinge on Roma finding a readymade replacement first. The Giallorossi are currently in talks with released Marseille defender Gabriel Heinze.