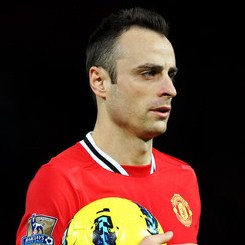 It has been revealed that Dimitar Berbatov is courting interest from Italy.

United manager Sir Alex Ferguson has confirmed that the Bulgarian striker will leave in the summer.

Datasport reported that Berbatov has told friends he has had contact with two Italian clubs.

Juventus are forwarded as one of the Serie A sides interested in signing the Reds striker.