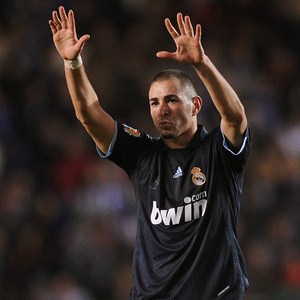 Transfer news from the Serie A is out and it has been revealed that Juventus GM Beppe Marotta will seek talks with Real Madrid today for Karim Benzema.

Tuttosport reported that after strengthening their midfield with deals for Milos Krasic (CSKA Moscow) and Alberto Aquilani (Liverpool), Marotta is now focusing his attention on a new striker in the final days of the market.

Marotta wants Benzema, who could become available for loan from Real, despite his brace against Hercules last night.

The Juve chief, meanwhile, has suffered a setback in his move for Inter Milan defender Nicolas Burdisso.

“Thanks, but I want to stay with Roma,” Burdisso told Marotta in a phone call yesterday