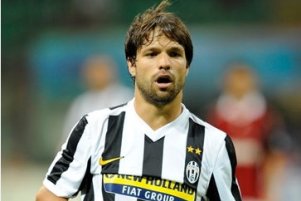 The agent of Diego has urged Juventus fans to be patient with the flagging Brazilian.

The Brazil international midfielder was booed by home fans during this week’s disastrous Champions League home defeat by Bayern Munich.

The agent, Giacomo Petralito, told reporters that foreign players who come to Italy need a while to settle down and bed in to their new environment.

The agent added that Michel Platini looked like he would be going back to France six months after his arrival, the same was said of Zinedine Zidane, and both eventually proved they were world class.

He also said that Diego is a great player and sooner or later he will prove it and that he just needs a little time.