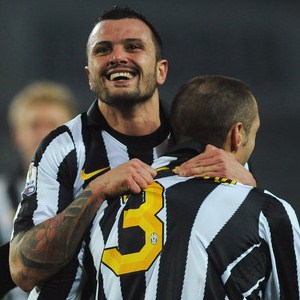 Juventus goalkeeper Gianluigi Buffon made his return as his side eliminated Catania with a 2-0 home win in the Italian Cup last 16.

Juve, who had lost their last two league games, took the lead after 35 minutes when Serbia winger Milos Krasic scored following Alessandro Del Piero’s superb cross to the far post before Simone Pepe doubled the advantage after the break.

Buffon seriously hurt his back during Italy’s ill-fated campaign in South Africa in June and underwent surgery, allowing Marco Storari to take his place in the Juve goal.

Storari has impressed so much that reports have suggested the Turin club could decide to cash in on injury-prone Buffon.