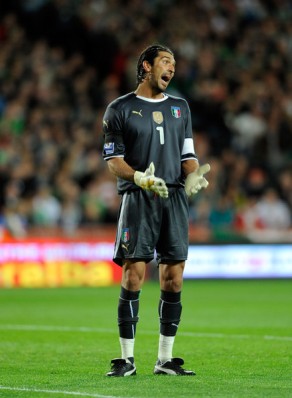 Great news for all Juventus fans as goalkeeper Gianluigi Buffon has undergone successful surgery on his left knee.

Italy international Buffon suffered a cartilage problem some months ago but postponed an operation until after the Champions League group stages.

Following Juventus’s humiliating elimination by Bayern Munich on Tuesday, Buffon decided to put off surgery for a few days to help the team recover, but the 31-year-old was powerless in Saturday’s 3-1 Serie A defeat by Bari.

Reports suggests that the goalkeeper would be out of action for up to 40 days and Austria’s Alex Manninger is set to deputise in his absence.

Winger Mauro Camoranesi could also be ruled out for some time after going off with a thigh injury on Saturday.

Michele Pazienza On The Verge Of Joining Juventus