It has been revealed that Juventus goalkeeping icon Gigi Buffon has urged Joe Hart to QUIT Manchester City for the sake of his career.

The Italian international goalkeeper is well aware of Hart’s problems at City. 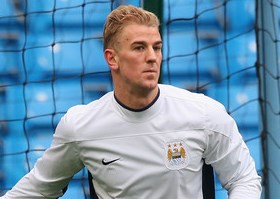 “There is usually an order in which you do these things; you normally play for your club and then you play for your national team.

“To try to play for your national team when you’re not playing for your club will become a struggle in the end.

“A player such as Iker Casillas can do it [play for Spain despite being frozen out at Real Madrid] because he has great experience of victory and incredible value as a goalkeeper. But they are very few, those who could succeed in playing for their national team while not playing for their club.”

Buffon also told the Mail on Sunday: “As soon as he can start playing regularly again, in my opinion, he can go back to playing as well as he did before, if not better.”