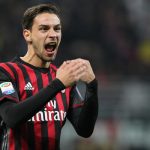 Il Messaggero revealed that De Sciglio is refusing to sign a new deal at San Siro because of the interest from Juventus.

The Bianconeri are closer than ever to getting the versatile Italy international full-back, who has long been linked to the Bianconeri.

It was Max Allegri who first gave De Sciglio his big break at Milan, spotting him coming through the youth academy.