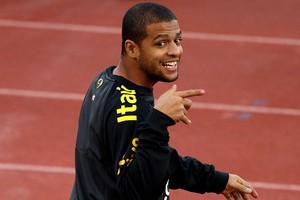 Interesting transfer news are out and it has been reported that Juventus GM Beppe Marotta is inviting offers for controversial midfielder Felipe Melo.

Reports in Italy claim that Brazilian international Melo could join Arsenal this summer in an exchange deal which would see Gunners left back Gael Clichy move the other way.

Marotta told Gazzetta dello Sport that : “Melo’s situation is the same as other players at the club,”.

“Hence, we are on guard to evaluate all eventual offers.”