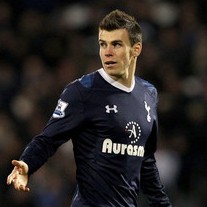 The Welsh international star may not be reunited with Luka Modric in January at Real Madrid, as Juve look set to hijack the move, says Tuttosport.

With Bale craving regular Champions League football, he may relish the chance to join a club of Juve’s stature.

Though Real have been favourites to sign Bale from the outset, the unrest revolving Jose Mourinho may be off putting for the winger.