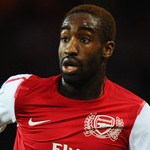 Reports are out claiming that Juventus are interested in Arsenal defender Johan Djourou.

The Daily Express reported that the 25 year old centre back has emerged as a surprise summer transfer target of Italian club Juventus.

The Swiss international activated an option to extend his Arsenal contract until 2015 in February, but that will not stop the club listening to offers.