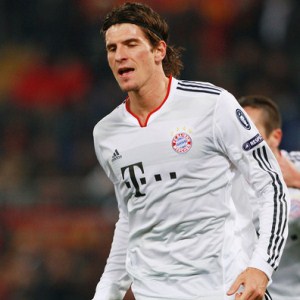 It is strongly believed that Juventus are looking for a new striker in January after losing Amauri to a serious knee injury last week.

According to Corriere dello Sport, while their No1 target is Karim Benzema, of Real Madrid, Juve GM Beppe Marotta has registered their interest in Gomez with Bayern.

The German international remains at odds with coach Louis van Gaal and saw a summer deadline day move to Liverpool blocked in the final hours earlier this season.