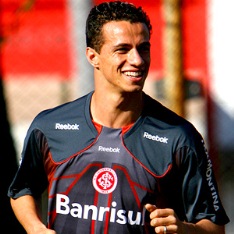 Interesting news are out and it has been revealed that Juventus have made a solid move for Internacional striker Leandro Damiao.

Sky Italia has reported that Juve sports chief Fabio Paratici has delivered a €20 million offer to Internacional for the Brazil international.

Next week, Damiao’s agents are due in Europe and scheduled to meet with Juve officials in Turin.

Inter rate the striker closer to €30 million and are also in regular contact with Tottenham and AC Milan.