It has been reported that Juventus legend Alessandro del Piero won’t rule out a move to Celtic. 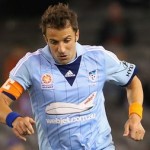 “If we could talk then great. If you want I’ll give you my phone number and you can pass it on! Celtic are a great team and I’ve always enjoyed playing in Scotland so who knows?

“We were in contact with Celtic but it didn’t come to anything. But I was very interested in moving to Scotland.”