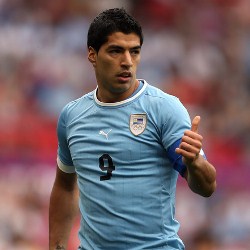 Reports are out claiming that Juventus are lining up a bid for Liverpool striker Luis Suarez.

The Daily Mirror revealed that the Italian giants will turn their attentions to the Uruguay international as their chase for want-away Arsenal striker Robin van Persie looks certain to fail.

It is said that Juventus have been frontrunners in the battle to land the Dutchman’s signature after he signalled his intention to leave the Gunners earlier this summer.

But with negotiations stalling, Juve general manager Giuseppe Marotta will launch a surprise bid to lure Suarez from Anfield.