Interesting transfer news are out claiming that Juventus are discussing a sensational move for AS Monaco winger James Rodriguez. 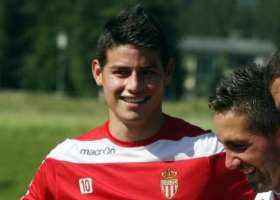 TuttoJuve.com reported that Juve sports chief Fabio Paratici and GM Beppe Marotta are actively discussing the prospect of making a big money signing in January and Rodriguez is on the radar.

The 22 year old Colombian international moved to ASM in the summer for massive money, but has been used sparingly by former Juve coach Claudio Ranieri this season.

There is talk of Rodriguez already asking for a move and a loan departure is being discussed with management.