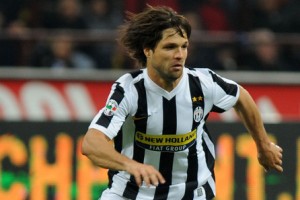 Juventus star Diego has admitted that he could play in MLS in the future.

And the Brazilian international midfielder said: “It could be a solution for my career. I like the United States, they’re a large organization. The MLS has some good players, a league that is growing, there is always the desire to improve.

“Playing in the ‘States is a possibility.”