Reports are out claiming that Juventus have moved to head off interest from Liverpool for striker Carlos Tevez. 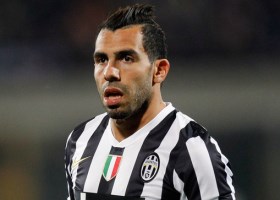 The Argentine international striker is being linked with a return to England at Anfield as Liverpool boss Brendan Rodgers seeks to boost his attack for next season’s Champions League.

Sportmediaset reported that Juve GM Beppe Marotta is aware of the Reds push and has held talks with Tevez’s camp in recent days.

Juve are willing to upgrade the 30 year old’s contract to convince him to remain in Turin.