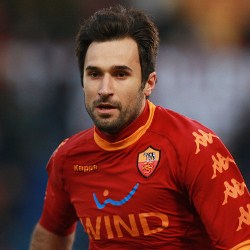 Transfer news from the Serie A is out and it has been revealed that Juventus GM Beppe Marotta has held a round of talks with the agent of Mirko Vucinic.

The AS Roma striker has attracted the interest of several clubs, including Juve, as he weighs up his future in the capital.

The former Lecce star and his camp are due to meet with Roma officials later this week to clarify where he stands in the new owners’ plans.

Mirko Vucinic has played a total of 148 matches for AS Roma scoring a total of 45 goals along the way.