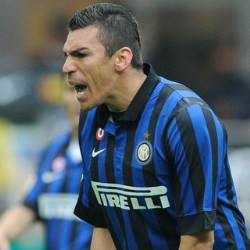 It has been revealed that Juventus have made a shock swoop for Inter Milan defender Lucio.

The 34 year old Brazilian veteran is off contract from Inter and had been in talks with Turkish club Fenerbahce.

However, it is reported Juventus have proposed a two-year contract worth €2.2m per season plus bonuses, which is almost half the wages he commanded at Inter.

Juventus Fans Urged Fans To Be Patient With Diego