Interesting transfer news are out claiming that Juventus are preparing a summer bid for Manchester United striker Robin van Persie. 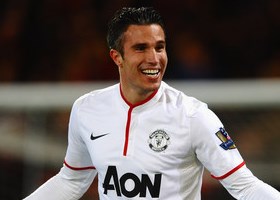 The Daily Express claims that the former Arsenal striker is reportedly unhappy under David Moyes this season and there are suggestions that the 30-year-old could be included in a summer clear out at Old Trafford.

And reports in Italy suggest that Juventus would be very interested in bringing the Dutch international to Serie A.

The Old Lady believe that the Dutchman could be available for a transfer fee of around £18m but fear that van Persie’s wage demands could prove a stumbling block, with the player on approximately £250,000-a-week at United.

Van Persie would have to drop his demands to something like £150,000-a-week to move to Turin.

It’s A Pleasure To Play Alongside Robin, Wayne And Adnan – Mata