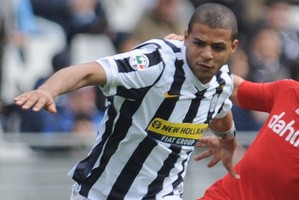 Interesting news are out and it has been reported that Liverpool and Juventus are reportedly considering a swap deal involving Alberto Aquilani and Felipe Melo.

Aquilani spent the majority of Liverpool’s season on the treatment table after his £20 million switch from Roma, while £22 million man Melo endured a torrid time at Juve as the team sunk to seventh place in Serie A.

The players could now each be offered a fresh start to get their careers back on track.

Gianluca Vialli Insists Juventus Must Not Keep Pogba Against His Will