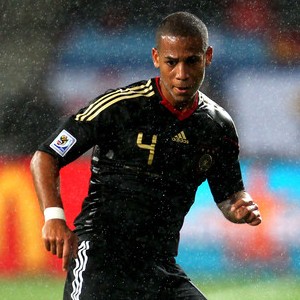 Serie A giants Juventus are reported to be in line to sign Hamburg wing-back Dennis Aogo after the player’s contract negotiations with the German club continued to stall.

It is said that the Germany international has two years left on his current deal and the defender made no secret of his disappointment at the club’s failure to extend it.

Aogo told Tuttosport that : “I have stressed often enough that I want to stay at Hamburg, and this has not changed,”,

The 23 year old then added : “I do not know why an extension has so far failed to materialise.”

Negotiations are reportedly ongoing, but Tuttosport claimed that Aogo’s adviser Gordon Stipic is talking to Serie A giants Juve.

But Hamburg do not have to sell, with billionaire financier Klaus Michael reportedly pumping an additional £13 million into the club for transfer fees and contract extensions.

“The best thing for me would be to stay at Hamburg,” Aogo added.

“It is a multicultural city, the fans are great, and the conditions at the club are exceptional.”

Ruud van Nistelrooy On The Verge Of Joining Malaga