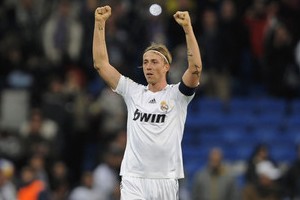 Italian newspapers have reported that Guti is on Juventus’s shopping list as they seek to transform their current midfield.

It is believed that Juve’s top midfield target is Lazio midfielder Cristian Ledesma, however they will turn to Guti should they fail to land the Argentine international.

A deadline to mid-January has been set to close the Ledesma deal before Juve turn to Spanish veteran Guti.