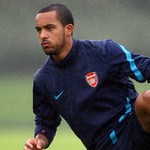 Tuttosport has reported that the England international winger is more the type of player Conte favours ahead of Milos Krasic, who is likely to be sold in Janaury.

The Gunners have reportedly entered new contract talks with Walcott, who also attracted an enquiry from Chelsea at the end of last season.