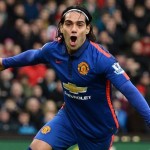 Reports are out claiming that Juventus took advantage of last night’s Champions League clash with AS Monaco to discuss Radamel Falcao.

The Colombian international striker is expected to be sent back to Monaco by Manchester United at the end of the season.

Juve want to setup a loan arrangement for next season with an option to buy.

Marotta also asked about Anthony Martial, though ASM are reluctant to part with the youngster.