It has been reported that transfer interest continues to grow in Sheffield United striker Diego de Girolamo. 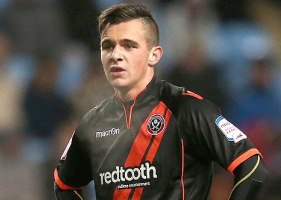 The Daily Mail claims that Juventus are among several Serie A clubs who are interested in De Girolamo, 18.

He was born in Chesterfield but has been capped by Italy at Under 18 and Under 19 level.

He has battled back to fitness this season after injuring a cruciate ligament playing for Italy U18s last year. He has also been watched by scouts from Arsenal. Hector Bellerin Has No Regrets Leaving Barcelona For Arsenal