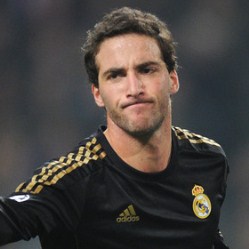 Reports have emerged that Juventus will battle Chelsea for Real Madrid striker Gonzalo Higuain in the summer.

Chelsea are regarded as favourites for the Argentine international, who will be sold by Real to fund their own transfer plans.

However, Tuttosport claim that Juve are also determined to land Higuain.

A club source said: “We are willing to fight with Chelsea to recruit him.”