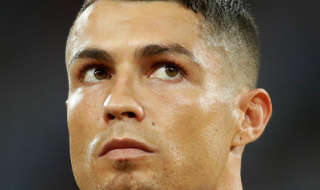 Cristiano Ronaldo set the rumour mills going last May when the 33-year-old cast doubt over his future at the Bernabeu following his team’s victory over Liverpool in the Champions League final.

Now that the Portugese forward finds himself out of the World Cup, the links are beginning to come thick and fast again, with one report claiming that Ronaldo is set to put pen to paper on a €100 million transfer to Serie A champions Juventus.

La Sexta’s Josep Pedrerol is the journalist claiming a four-year deal is already in place for the former Manchester United winger to move to Italy, where Pedrerol claims the player will earn €30 million a year.

The 33-year-old forward has earned legendary status at the Bernabeu, but could opt to move elsewhere after lifting the Champions League three years in a row.

Ronaldo would command a huge fee due to having three years left on his Real Madrid deal though Juventus could be keen to bring in a marquee player before the 2018/19 season.

Clubs around the world would queue up to get their hands on Ronaldo if he were available, though it remains to be seen whether he would opt for a European heavyweight or become the poster boy of a league further afield.


Can Anyone Stop Manchester City Next Season?