It has been reported that Juventus GM Beppe Marotta has not dropped his pursuit of Manchester United winger Nani. 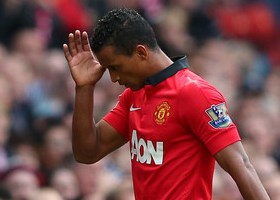 The Portuguese international star signed a new deal with United last month, but was jeered unmercifully by home fans on Saturday during victory over Stoke City.

The emergence of Adnan Januzaj has heaped pressure on Nani and Marotta believes Juve can still tempt the Portuguese away from United in January.

With former United teammates Carlos Tevez and Paul Pogba already on the books, Marotta is counting on their influence to convince Nani about life in Turin should his English club grant permission to hold talks.